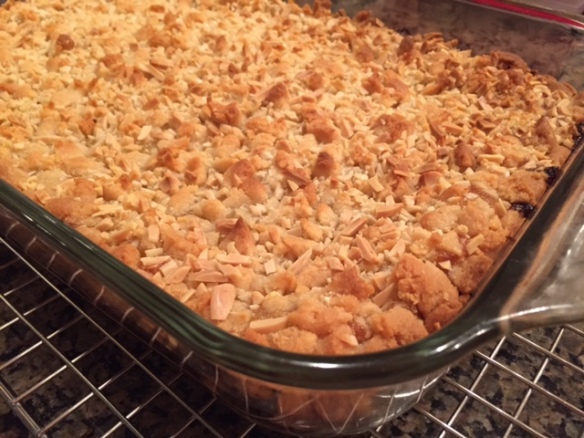 It was funny.  Lots of people were asking, “What is the next recipe?” and I would reply, “Lemon Squares, French Style”.  Every single person said, “What does French Style mean?” and at the time I said I had no idea what to say other than they had a type of streusel on top….but I saw the best comment when reading through our last blog roll.  The more I thought of it the more it cracked me up.  I wish I had paid better attention to whose blog it was at the time, so, sorry and thank you to whomever this comment belongs too….

She said something like, French Style just means made with lots of butter.  Now that I have made these lemon bars I think she was absolutely correct haha!

To say these use a lot of butter is an understatement, but the way I look at it, out of a 9×13 pan I had one lemon bar.  Who cares if there is a lot of butter if you have one and share the rest.  🙂

These lemon bars were a total hit.  I think they were better than any lemon bars I have had and it seemed all of my tasters concurred.  Sometimes lemon bars can have a slight undercooked feeling and I liked that these were more cooked and set up.  Everyone also loved the addition of the streusel and almond topping.  These were decadent and over the top but boy were they delicious, like something you would buy at a bakery!  I could totally see myself making these for a summer party.  They would be so refreshing.

The only thing I thought was a little difficult was the timing of it all.  I made the lemon curd the night before so it had time to chill and then made the bars the following afternoon.  The recipes states the bars are to sit for 2-6 hours (which was odd I thought) but I let mine sit so they had a chance to firm up.  I was aiming for 2 hours but they ended up about 3 and it worked out just fine.

Just to give you an idea, here are a few “butter” pictures

Two sticks in the lemon curd… 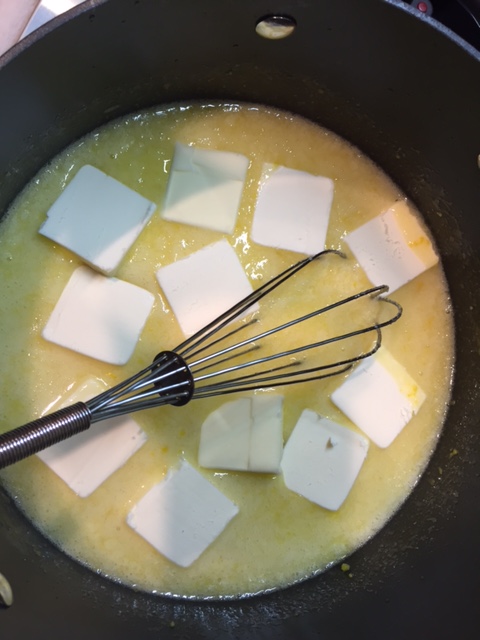 Two sticks in the crust 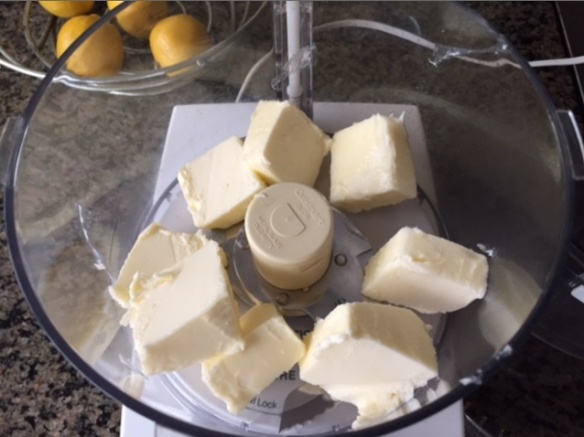 We enjoyed the thickness of the lemon curd.  It was so delicious! 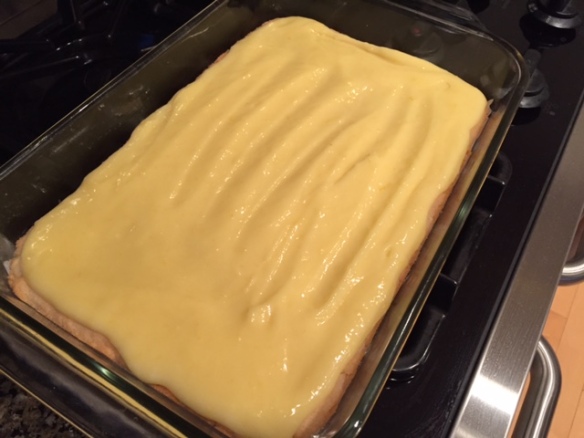 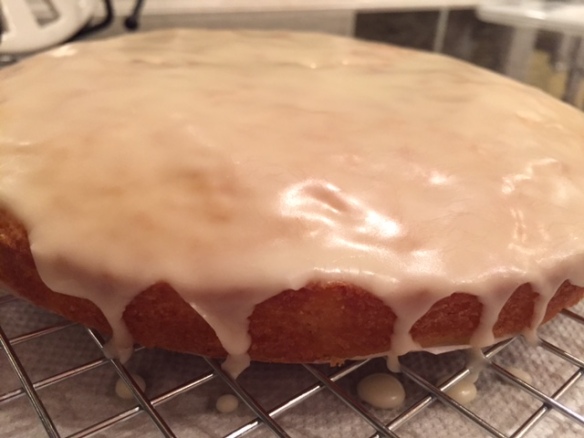 I am wondering if I am the only one that thought a carrot-tangerine cake sounded like a strange combination??  I mean, I would never put those two together…ever..but one thing I have learned from this blogging/baking experience is that everything in these cookbooks is worth a try…even if it sounds strange.

Basically, this is a butter cake with fresh tangerine flavoring and carrots for coloring.  I am not sure the carrots did anything else other than give the cake specs of color, but I could be wrong.  I opted to add the tangerine glaze, which was amazing.

My tasters and I were all in agreement that we were skeptical, but this was the tastiest, moistest cake we  could remember having in a long time.  It was so good I can see it being a requested dessert.  I am not sure I would go through the grating of the carrot again though.  I would probably just not add that in and call mine a Tangerine Cake. 🙂 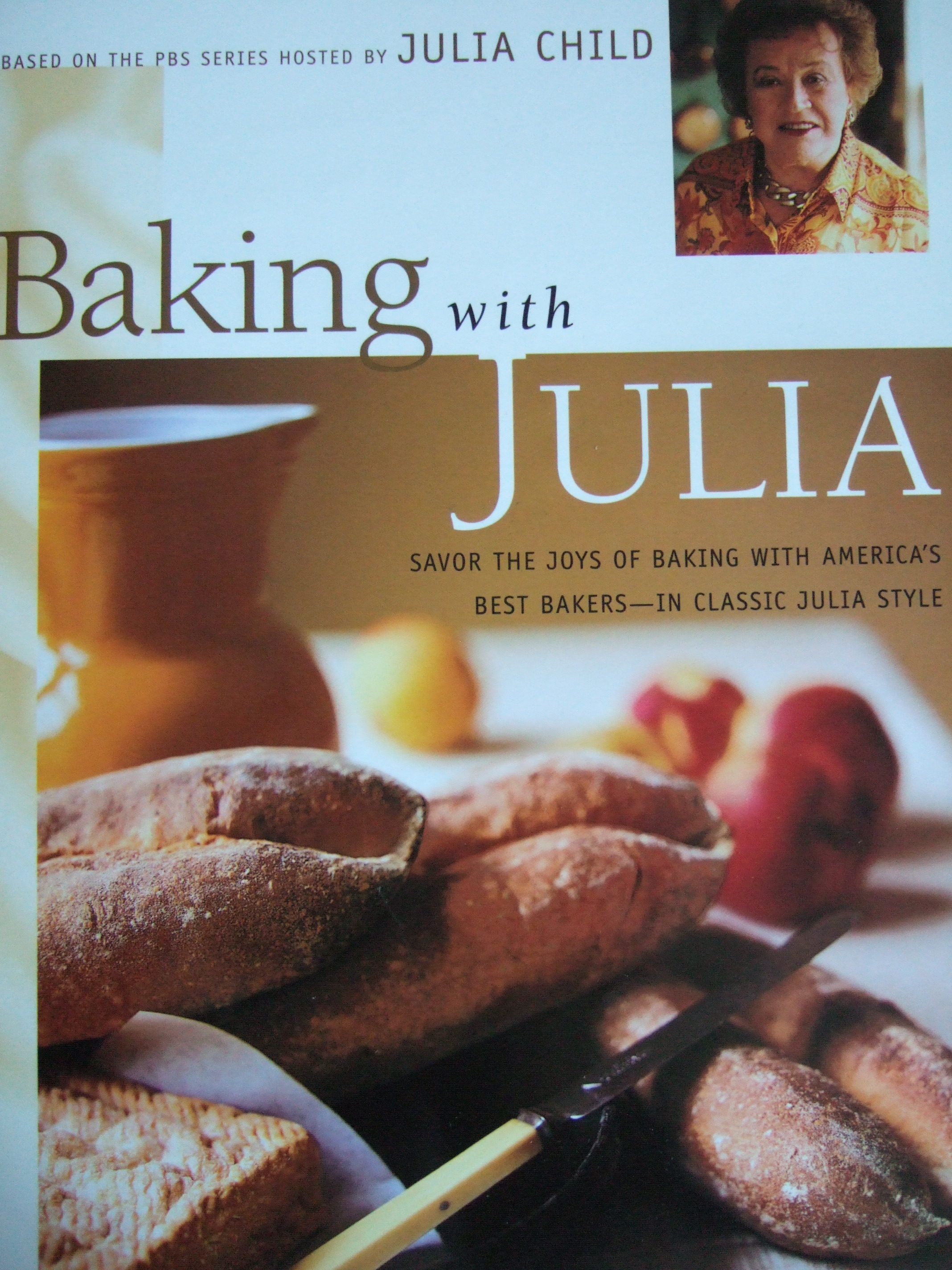