This galette paired with a salad made for the perfect summer dinner…light, tasty, and so easy! 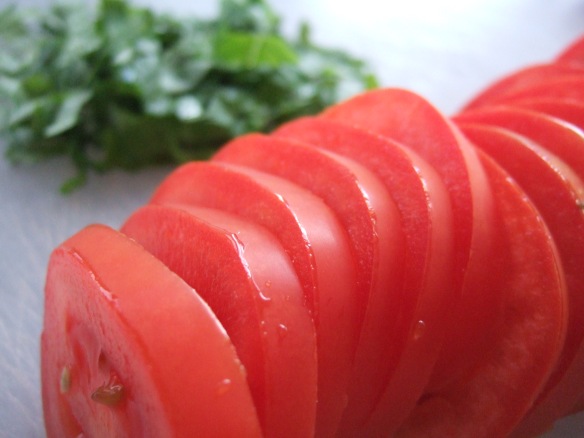 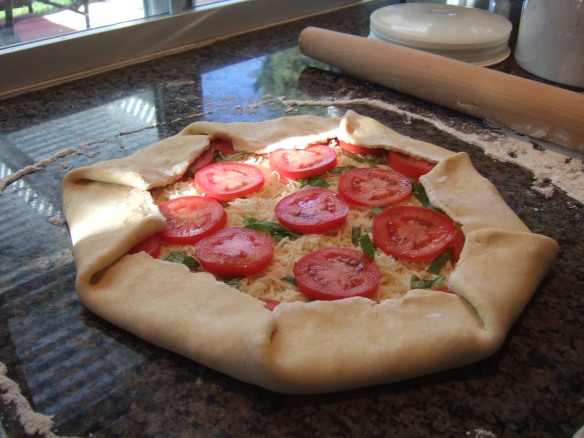 We all really enjoyed this recipe.  It has to be said though, that it is hard to eat this and not expect it to taste like a pepperoni pizza…it looks a lot like it but tastes nothing like it…which seems odd.  It plays a bit with your mind!  It didn’t seem to really matter though…it was given a thumbs up…it is a keeper. 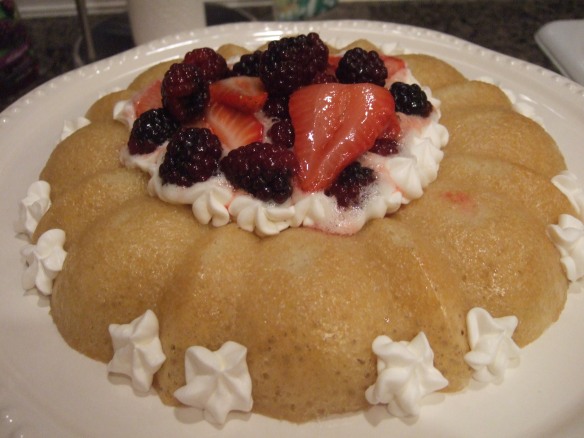 So what is a Savarin?  No one I asked had ever heard of this dessert.  Our cookbook says…First baked in the mid-ninteenth century, it was named after the inventor, a French celebrated gastronome Brillat-Savarin.  Still no clue?  Me either!

Basically, it is a baba dough minus the raisins, baked in a ring mold, and then soaked with a simple syrup.  You then fill the center with whipped cream and warmed berries.

The dough is very easy to make…flour, yeast, sugar, egg, and butter.  One rise in the bowl and the final rise in the mold.  The hardest part was getting it out of the mold in one piece. 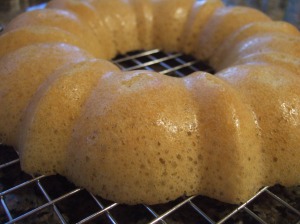 After cooling the savarin, you spoon the soaking syrup over the top a few tablespoons at a time until it is plump and cannot hold any more liquid.  At this point I was afraid of creating a soggy mess.  Surprisingly, the cake held up!

For the berry mixture, I went a simpler route…omitted the raspberry puree and the poire eau-de-vie.  While the strawberries and blackberries were warming I created the whipped cream center and the rosettes suggested for around the base. 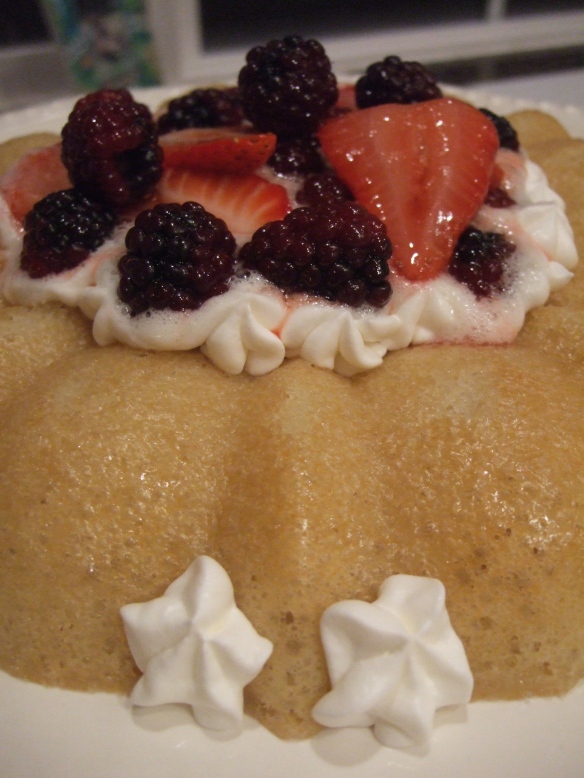 If I was to make this again, I would cut each person a piece and spoon whipped cream and berries over it.  Putting it all together the way the recipe said, was pretty but really hard to serve!!…especially with the warm berries melting the cream.

Thankfully with my group, they aren’t very worried about how it looks…just how it tastes! 🙂  Although it was fun trying something new, none of us loved this one.   Not sure I’d see myself making it again.  Onto the next one! 🙂